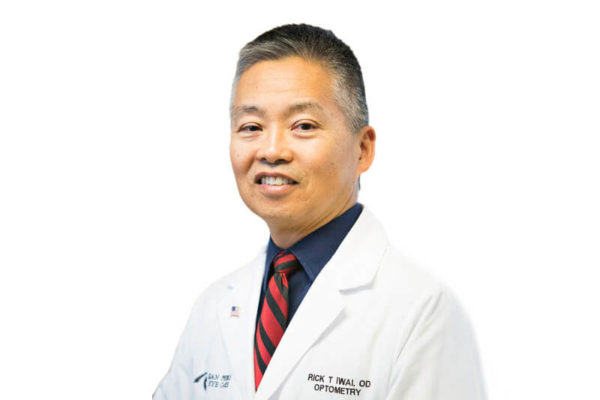 Dr. Iwai received a certificate in Executive Leadership from the University of Notre Dame Mendoza College of Business in 2010, and he completed the LA County Fire Department’s Community Emergency Response Team (CERT) training in 2013.

Dr. Iwai served on the California Optometric Association Board of Trustees from 1993 to 2000, and was the COA President during the 1998-99 administrative year. His awards and honors include: UC Berkeley School of Optometry’s “Ocular Disease Clinic Award” co-winner in 1984, COA “Young Optometrist of the Year” in 1990, COA “Key Person of the Year” in 1990, and COA “Speaker of the House of Delegates” in 2000.

Dr. Iwai has practiced in San Pedro since 1985. He is an active father, USC Trojan supporter, and member of the First Presbyterian Church of San Pedro.